Student fairs offer an opportunity to engage with a new audience as they start to make more independent purchase decisions.

Every stand is clamouring for attention – especially those in the mobile phone sector. We helped EE to stand out from the crowd, with an experiential campaign that covered 3,500 miles at 28 university fresher’s fairs over 45 days. Queues of students lined up to find out more about EE, generating greater brand awareness and a host of new customers. 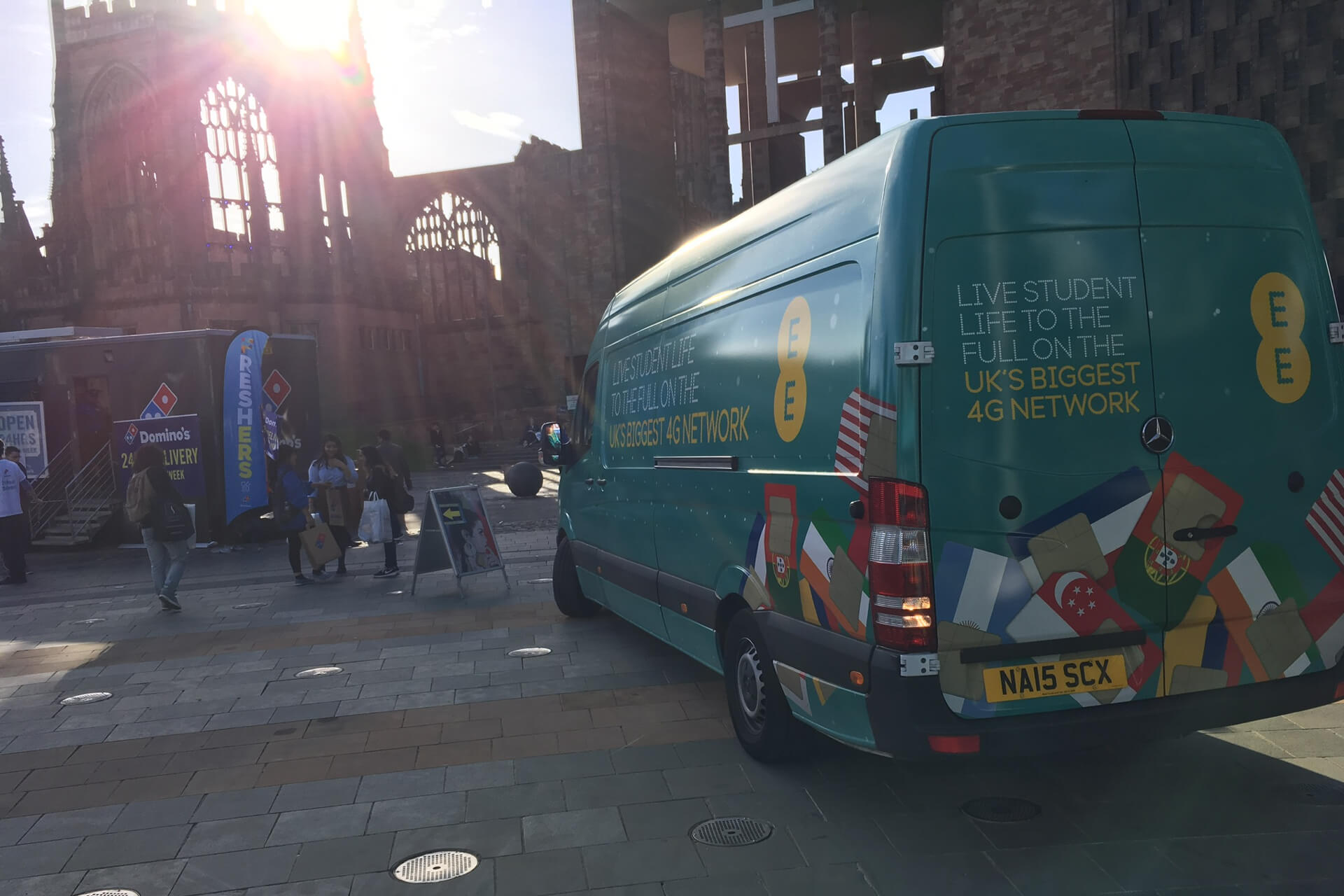 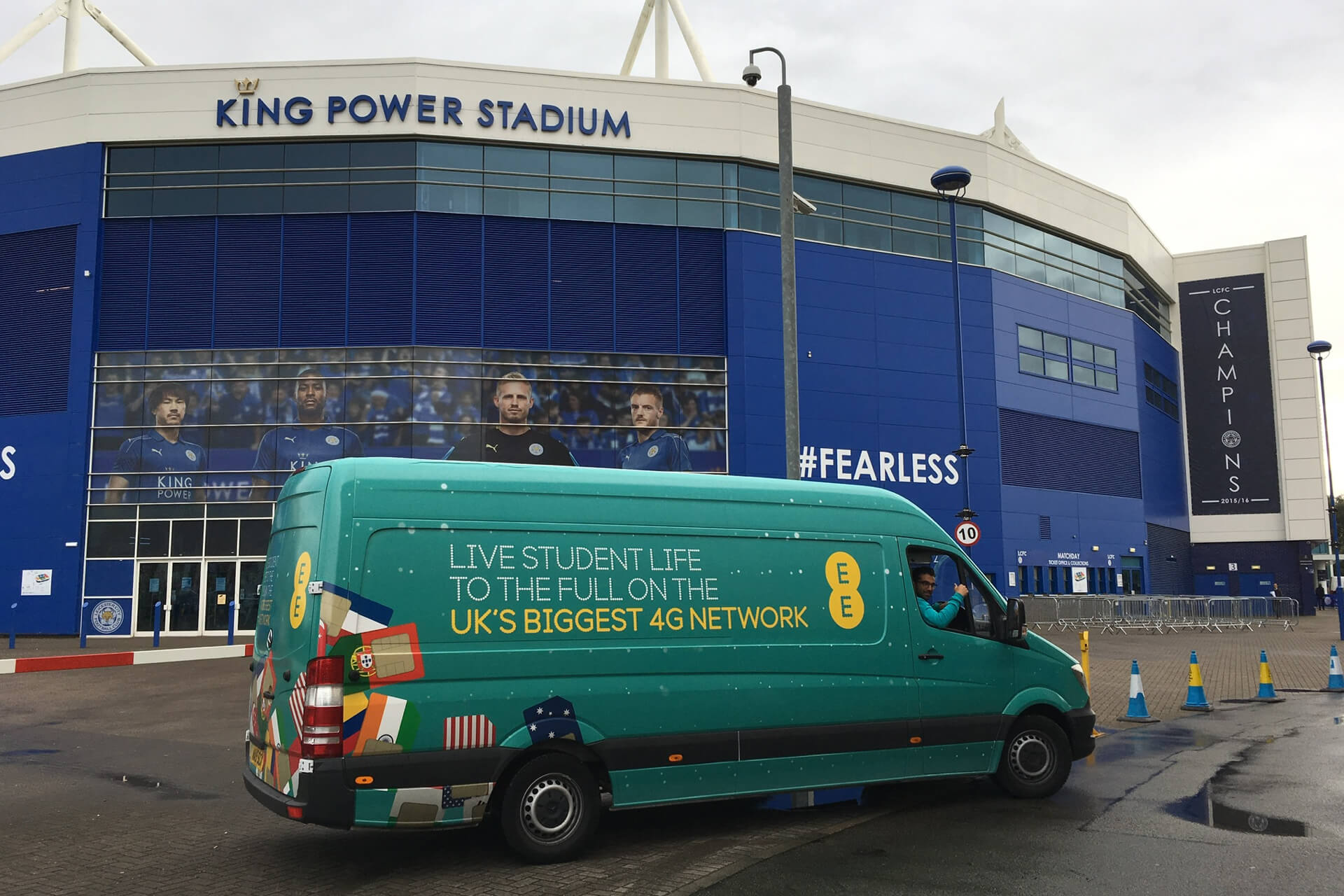 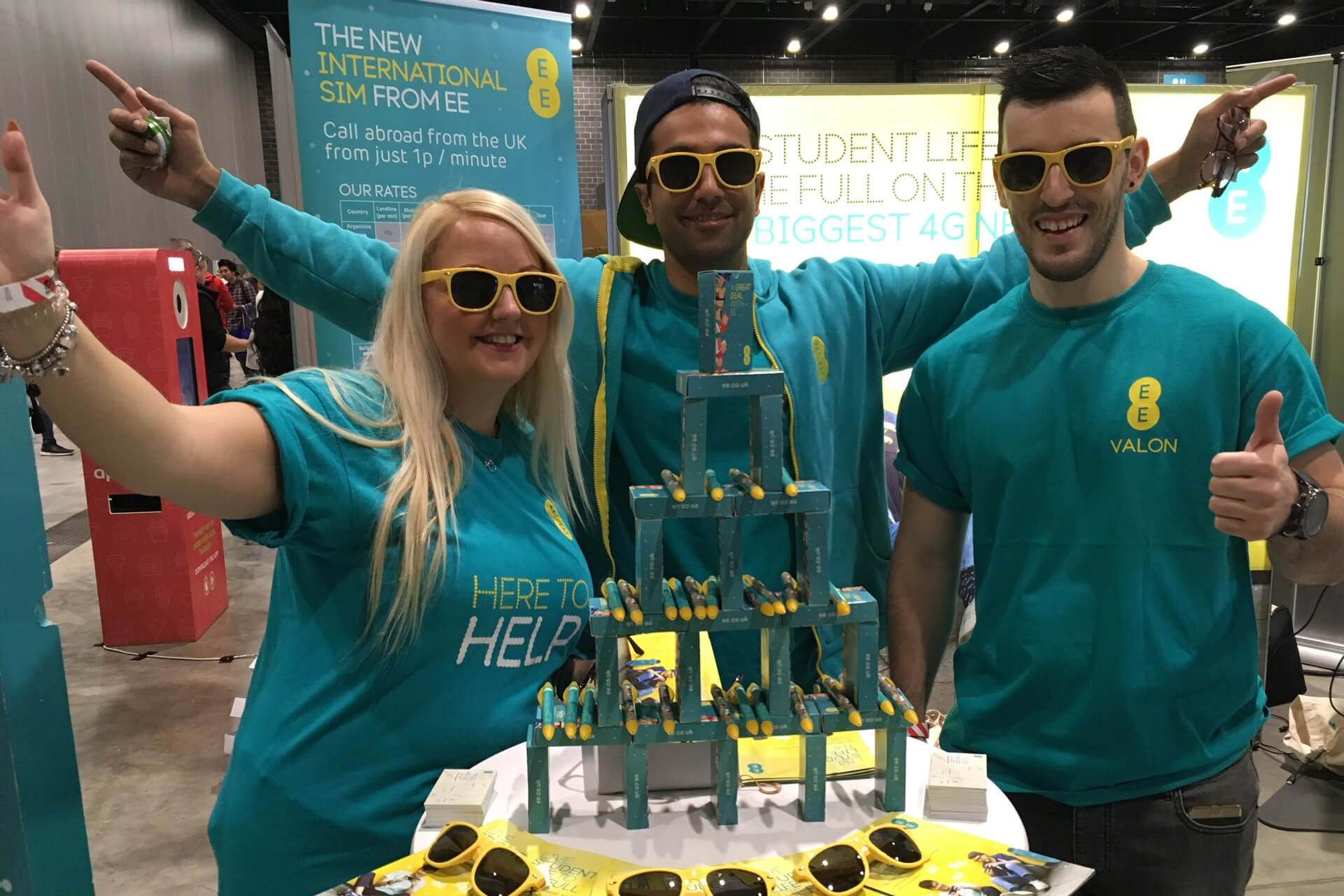 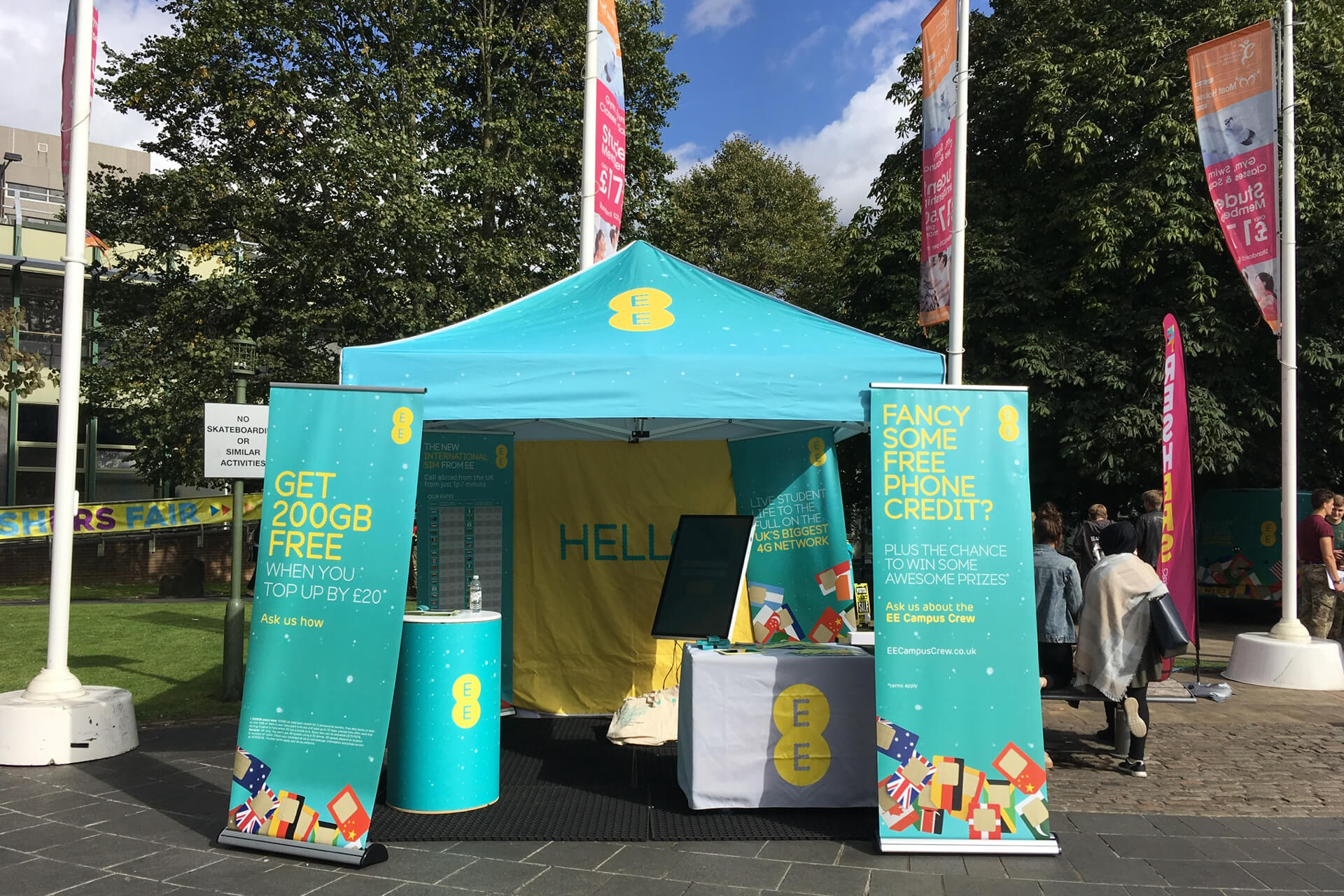 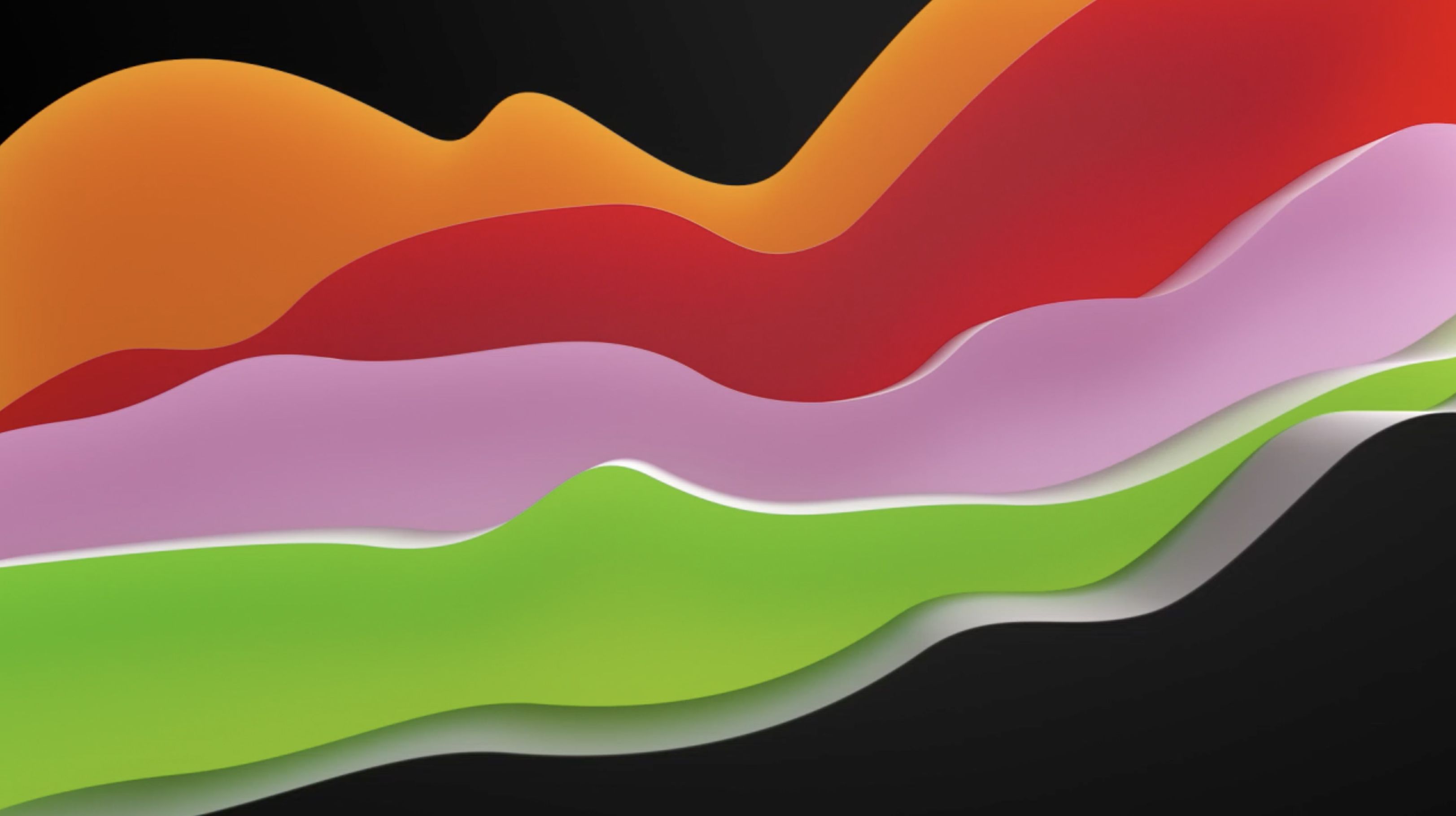 Using a video booth and green screen set-up, a carpool karaoke invited students to be filmed singing along to their favourite songs while travelling down a virtual road. Participants then uploaded the footage to social media, driving traffic to the stand.

A Batak-style game (which tests the speed of player’s reactions) showed how much activity data could allow, from two hours of Facetime to 10 hours on Twitter. A leader board showed who was most successful in using their allocated 200GB of data, creating a fun and competitive element to attract further interest. 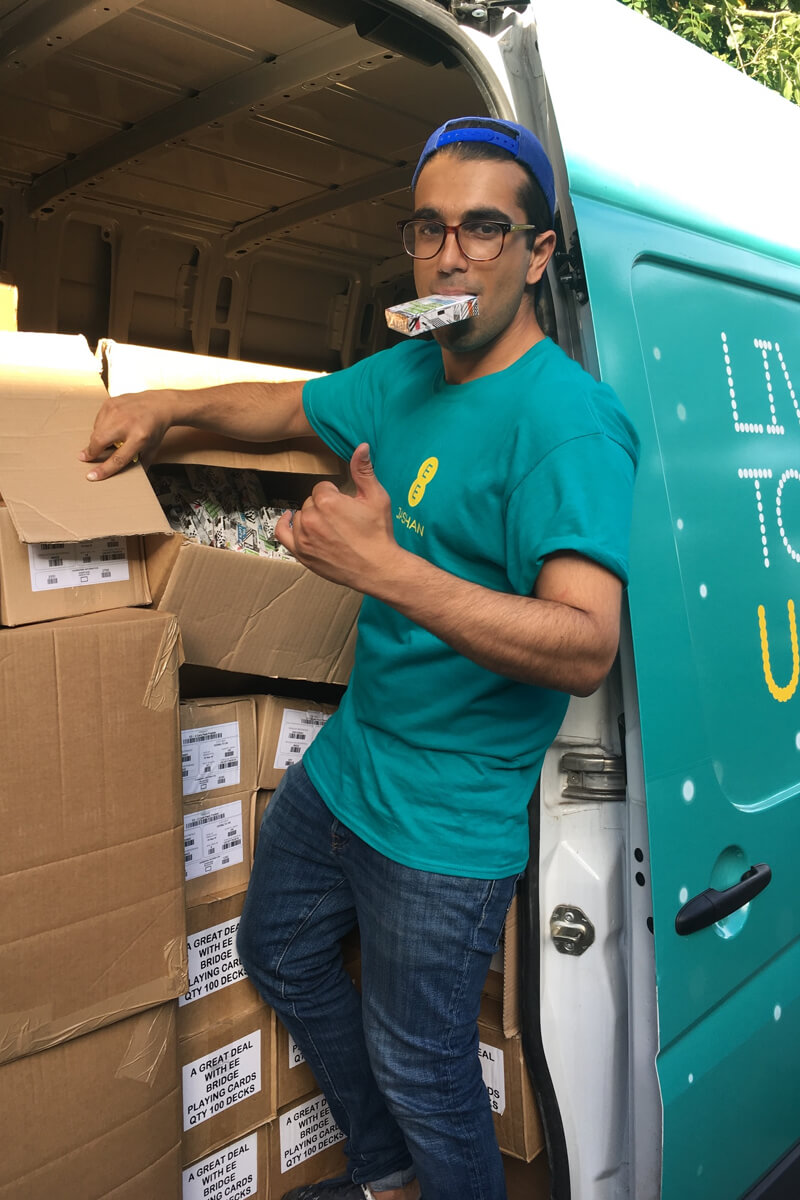 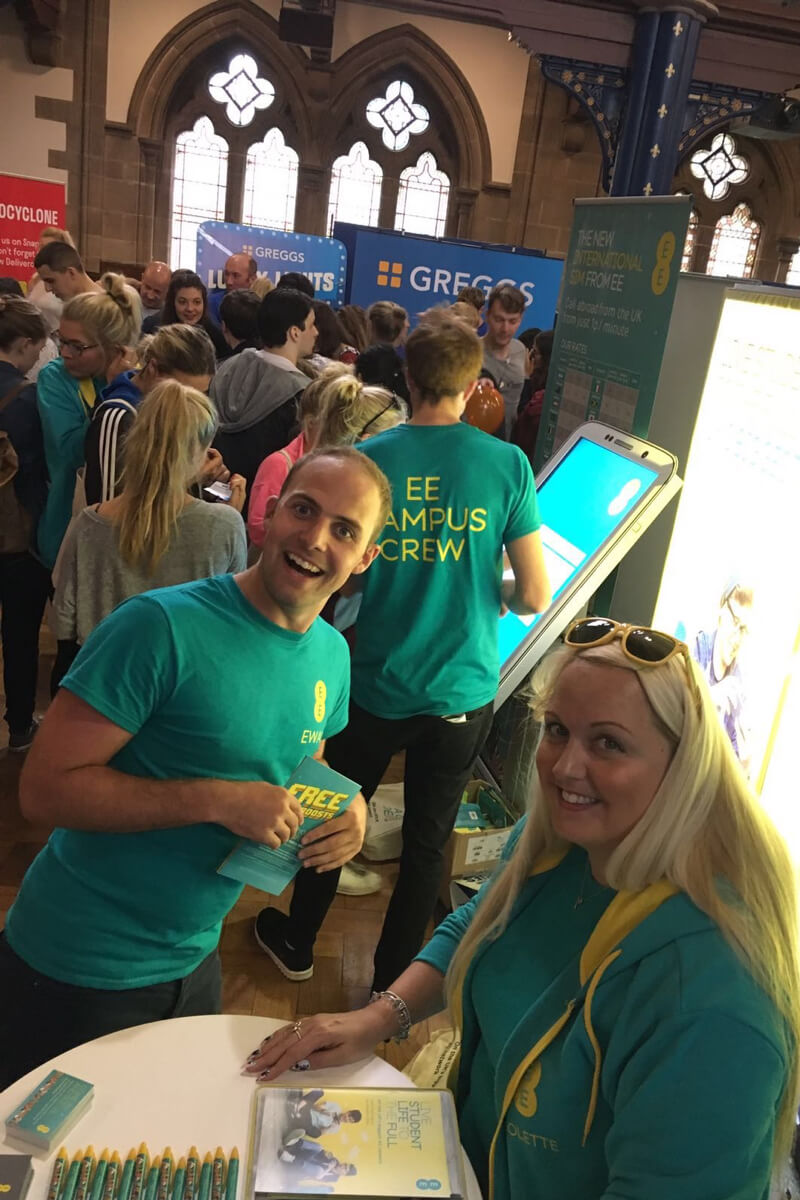 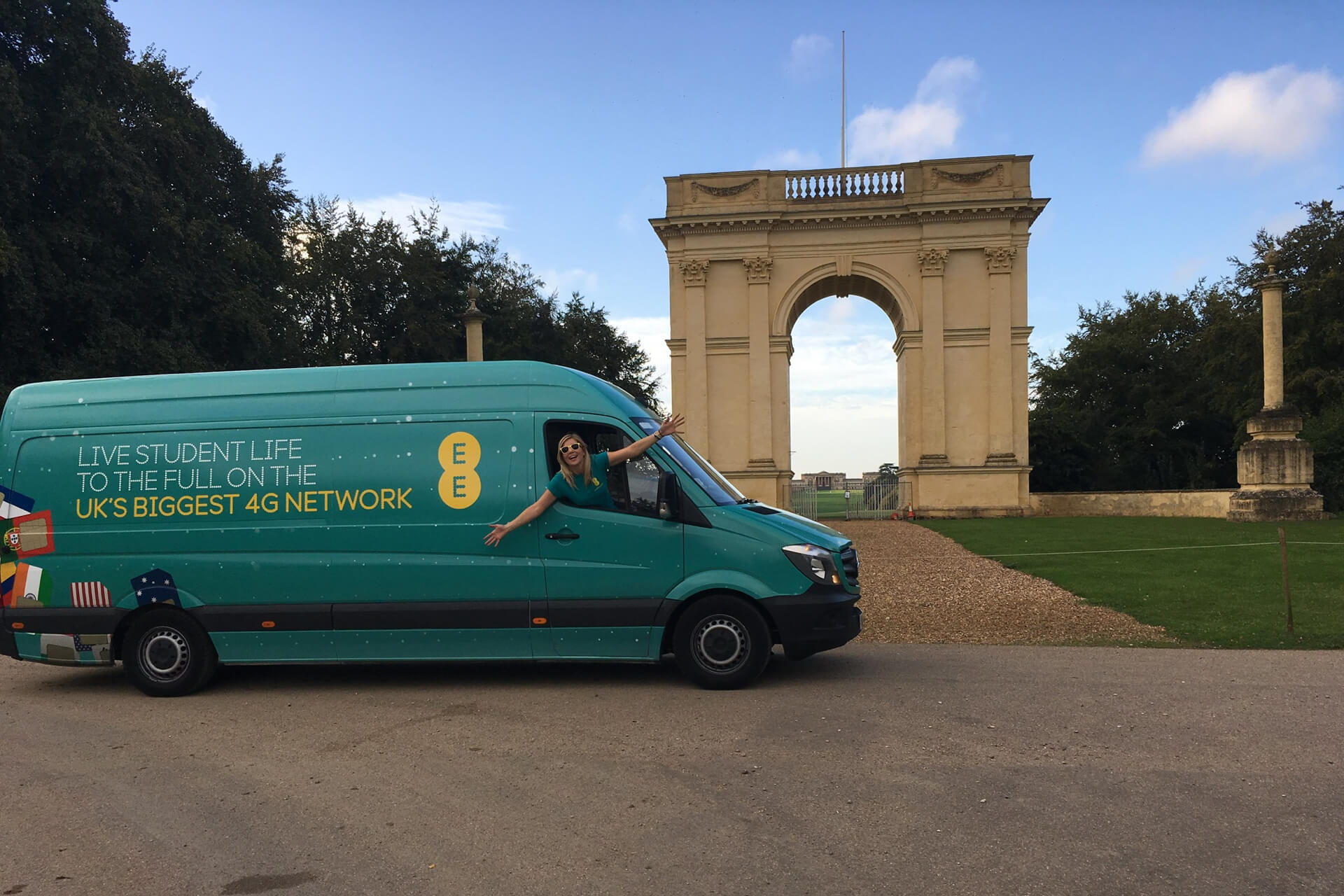 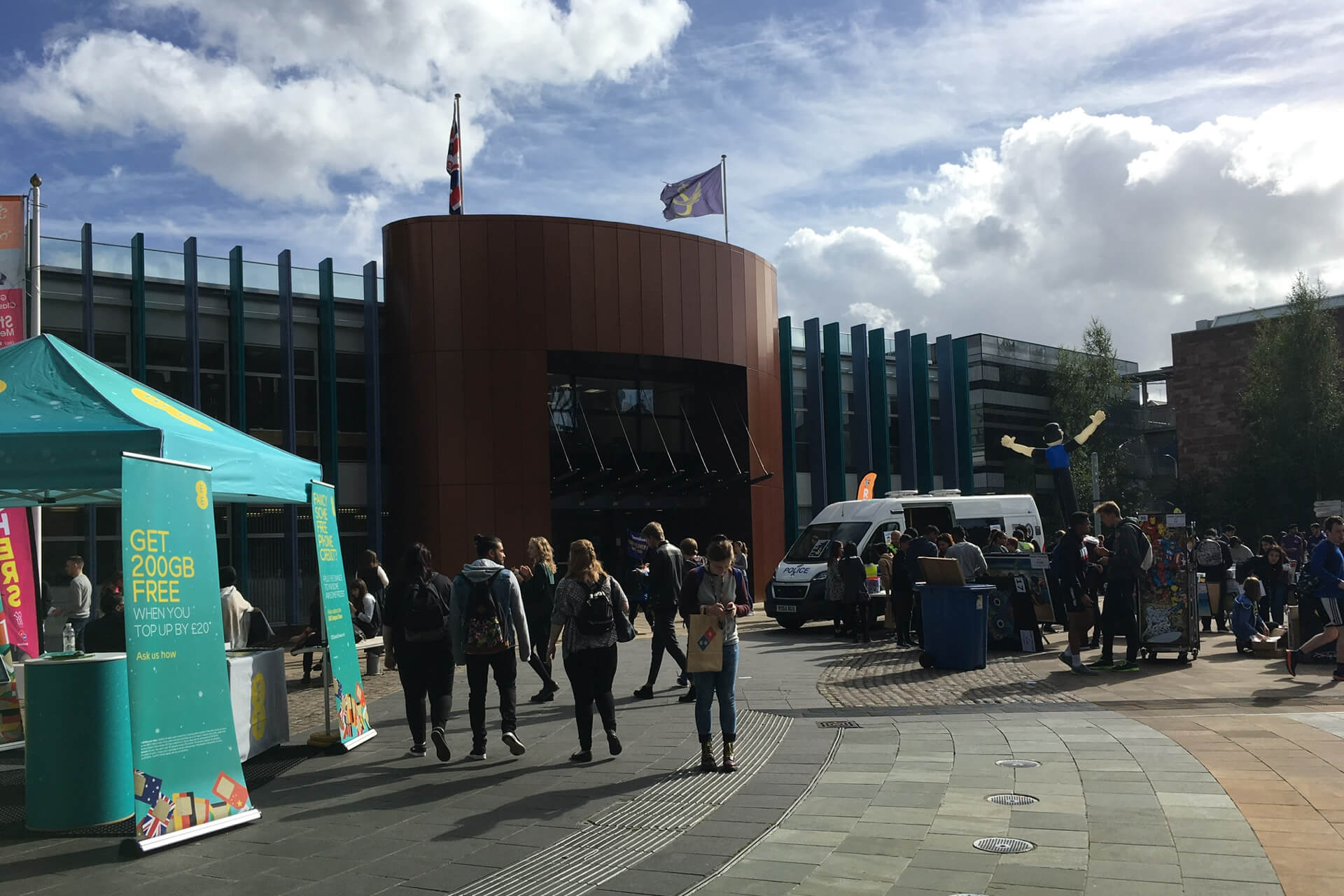 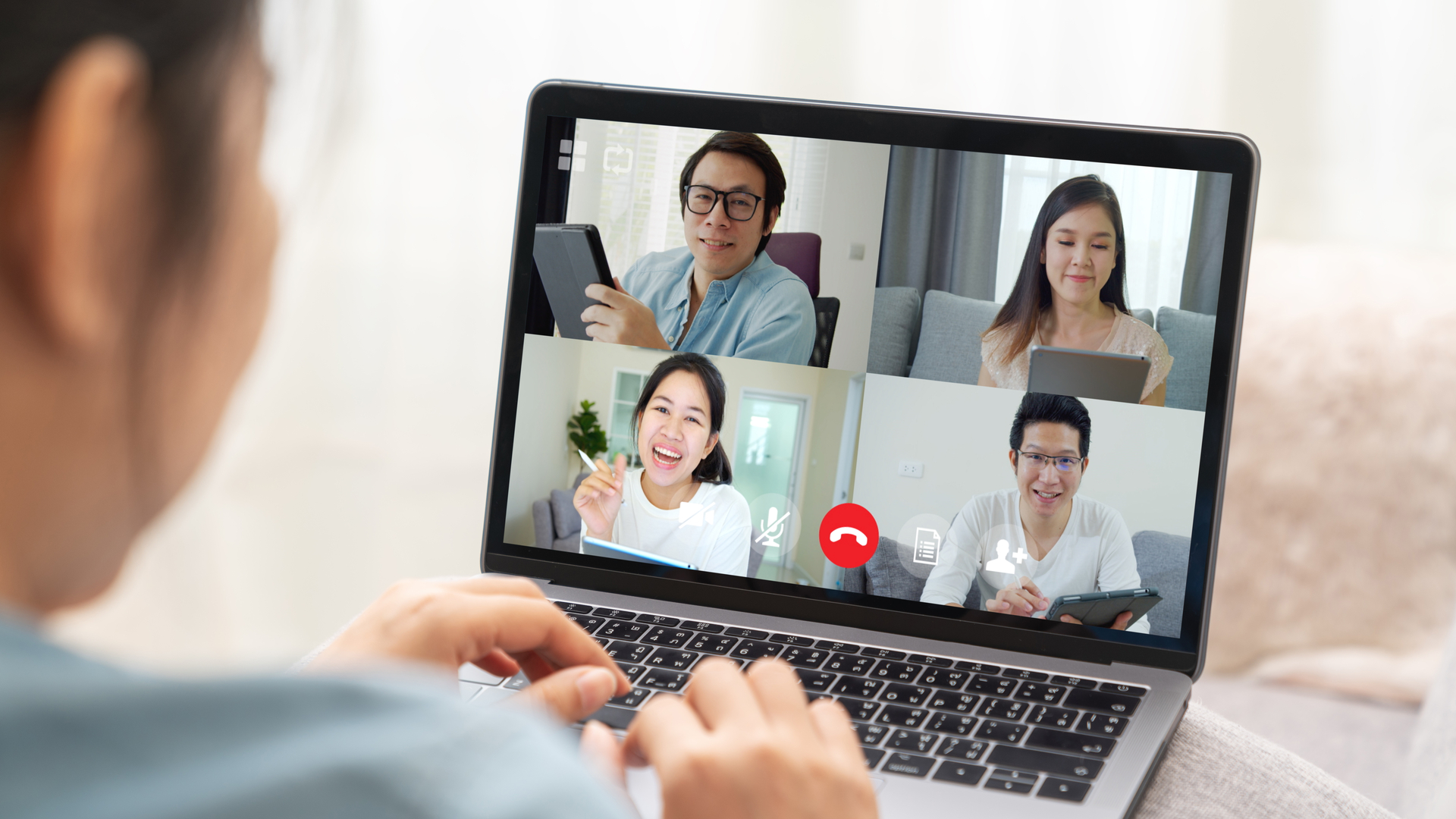 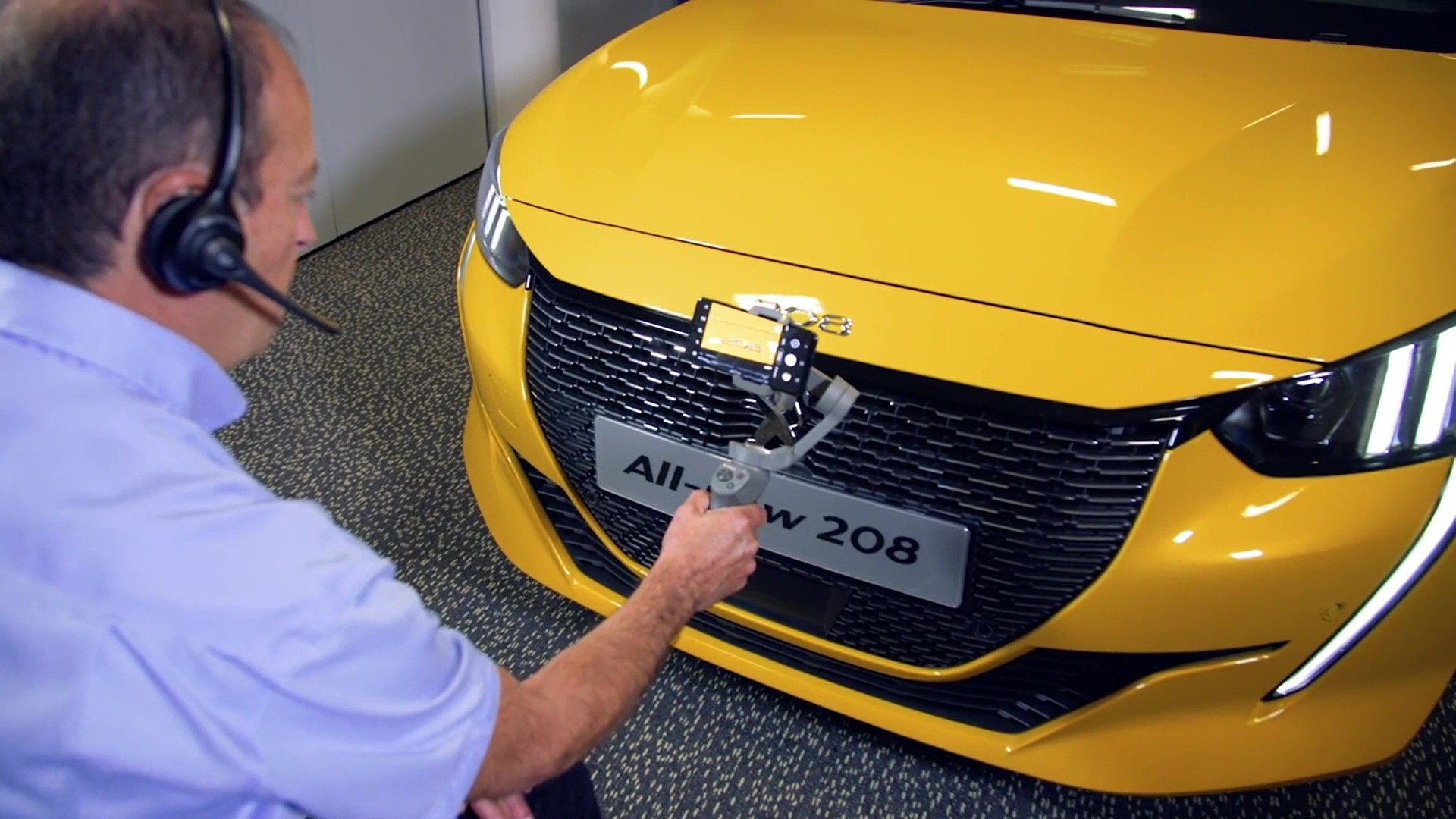 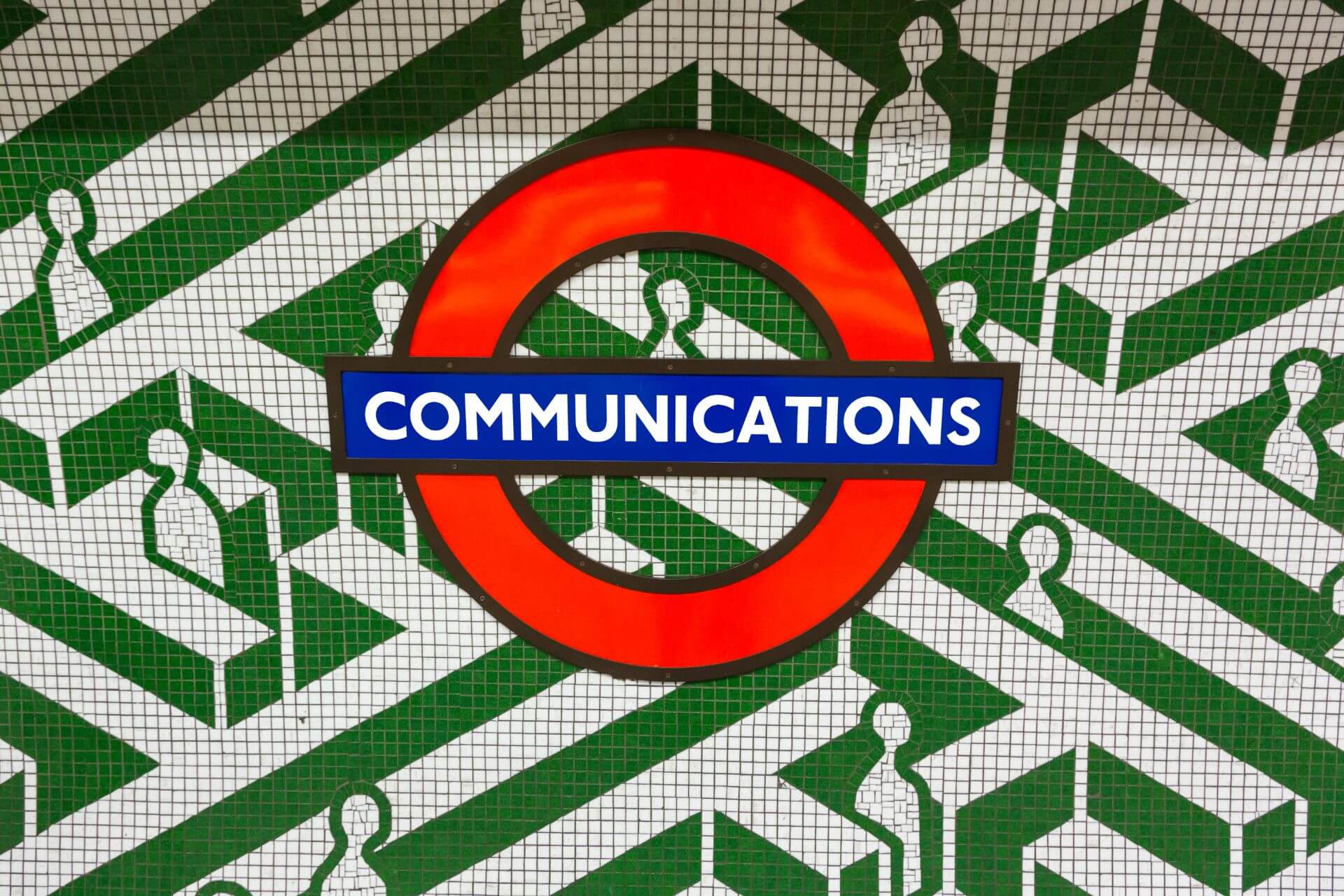 We are always looking for new and exciting projects to work on. If you have something in mind, we’d love to talk.